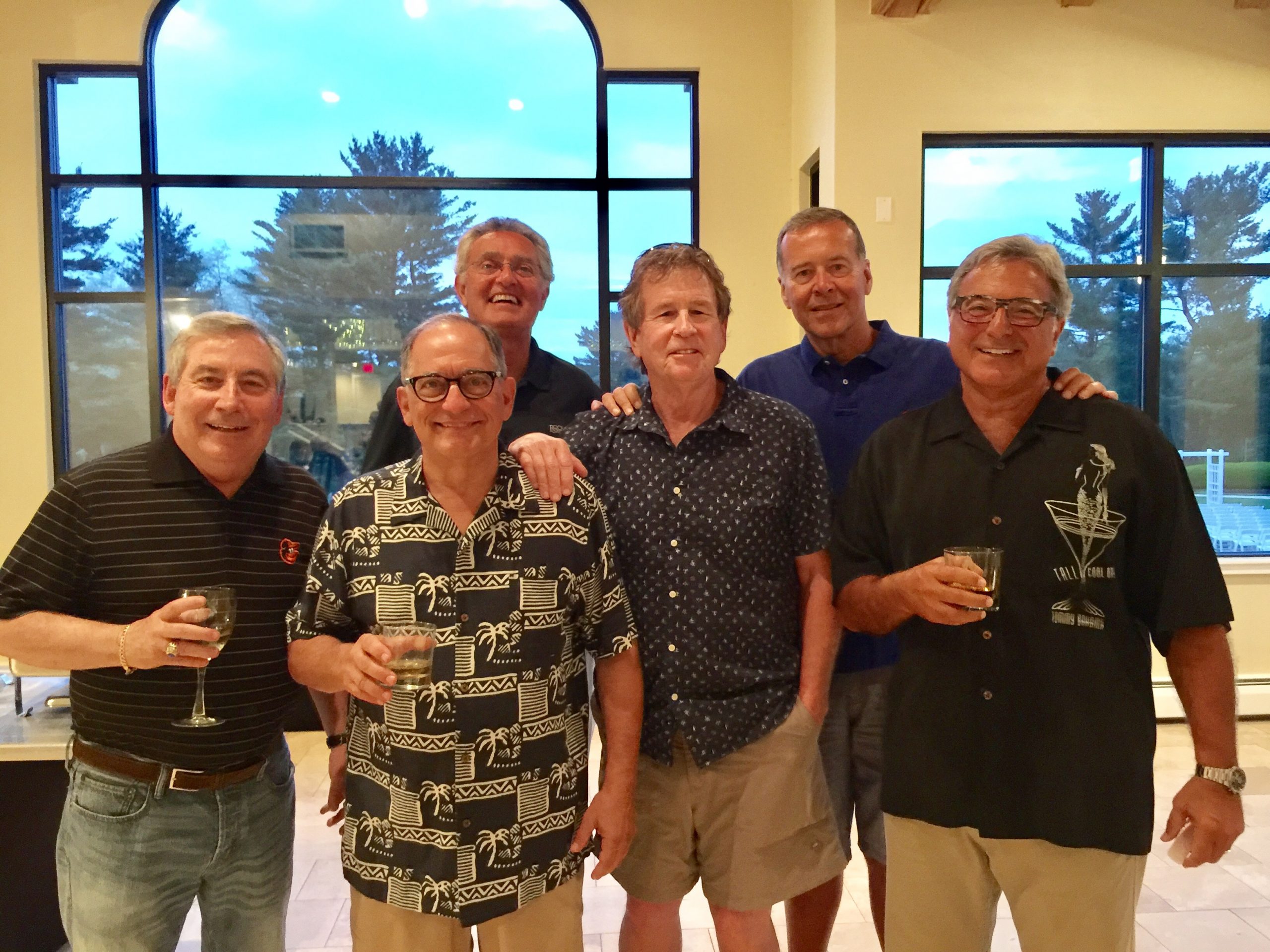 In the early ’60’s, ten teens became friends at their Pittsburgh high school, and thanks to Kappa Sigma, they are still tight nearly 60 years later.

Rich Mascaro ’67 took a mental snapshot of his first view of Penn State. He and high school buddy Ed Seppi ’67 drove from Pittsburgh to see Ed’s older brother Albert, who was studying on campus. They drove on Route 22, then Route 45, making their way on a narrow two-lane road with no guide rails keeping them from the cliff that dropped off beside their car. They drove under the railroad tracks and then 20 minutes later Penn State appeared in front of them.

The campus was everything he’d imagined—easy to navigate on foot, big red brick buildings, lots to do.

“This is my place,” he remembers saying. “I never applied anywhere else.”

He and Ed were in their final years at Pittsburgh Central Catholic High School. It was two blocks from the University of Pittsburgh and the Cathedral of Learning’s silhouette loomed over their high school’s outdoor patio. They’d both already decided that they never, ever wanted to go to school at Pitt, and now it was clear where they did want to go.

Both applied to Penn State and started their freshman year in 1963, rooming together in the Walnut House of Thompson Hall. “It was everything I thought it would be,” Rich says.

Little did he know that it was about to get even better.

He and Ed both rushed in winter of 1963, and after much searching, decided on the Alpha-Delta Chapter of Kappa Sigma Fraternity at Penn State. They pledged in the spring, and by the fall of their sophomore year, they were living in the house.

He loved his experience as a Kappa Sigma brother and wanted to make sure his high school pals got to have the same experience. Ray Royko ’69 was one of those friends. Rich drove from State College to Pittsburgh for Ray’s high school graduation, put Ray in his car the next day, and got back to campus before classes started. “I knew once he saw the house, he’d want to be here,” Rich remembers. Ray got sidetracked for a while, Rich says. But he eventually ‘found the right path’ and joined the house.

As their high school friends started coming to Penn State, Rich and Ed made sure to tell them about Kappa Sigma. “You have to come over and rush the house,” they would tell them. “Come meet the guys.”

They shared life together at Penn State and stayed close when they went back to Pittsburgh for breaks. For the ten of them, it was a continuation of the good time they’d had in high school. And as they lived together in the house, their brotherhood was cemented for life.

After graduation, life scattered the Pittsburgh friends, but their bonds have kept them close. Today they live all across the United States, from Phoenix to Washington, D.C. Their careers have diverged: Tony Buzzelli ’71 became vice chairman of Deloitte & Touche; Rick Kelly ’70 became a 3-star general in the Marine Corps; Rich Mascaro ’67 spent his career in Human Resources; Ray Royko ’69 became General Counsel for AstroTech; John McEnery ’70 became a private lawyer before moving into the finance world; Tony Gasbarro ’71 worked as an engineer running major production facilities; Ed Seppi ’67 worked in the pharmaceutical industry before joining the family business Seppi Landscaping and Construction; Bill Driscoll ’68 had a long career in Hotel Management running hotels around the country and Frank Giglio ’71 worked in engineering for Goodrich Corporation (we were unable to connect with John O’Brien ’70 about his career path after Penn State). Even though their lives took them far away from each other, their friendship started in the shadow of Pitt and cemented at Penn State is still going strong. Today they get together for golf outings and reunions, making new memories to join the host of memories they share.

“‘Brothers in heart through life’ describes us perfectly,” Rich says.