Richard (Wally) Armstrong ’81: “It was easy to feel a part of the organization” 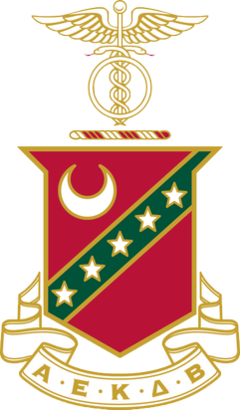 Richard (Wally) Armstrong ’81 (workra@yahoo.com) was a junior and a transfer when he pledged to Kappa Sigma, but he felt no less integrated and at home with his brothers in the house. Here’s a look into his time at Kappa Sigma and why he gives back.

“I was a transfer student from Ogontz now known as PS Abington,” said Armstrong, “so I was in my junior year looking at fraternities. Kappa Sigma did not seem to mind and it was easy to feel a part of the organization.”

“The house at that time was large and more modern than most. You could drive a small car down the hallways (and rumor had it that a VW bug may have tried).”

One of Armstrong’s best memories was a project that forged friendships and a handy house feature. “Our pledge class was one of the largest at the time and we added the Not So Portable bar to the house – it remained for a long time, weighed a ton, and provided much enjoyment. With over two hundred and fifty screws, two-by-four and plywood construction mostly donated by a local construction project, it took many hours of construction and many days of complaining about how heavy it was to move.”

“All that said – the parties, the tailgates, the swims at the quarry, the late nights on a couch, the food – okay, maybe not the food, but it was life with little care and the time to enjoy just being young (and stupid)!”

His time at Kappa Sigma gave him “leadership roles and interaction with a cross-section of people” as well as “a reason to explore towers in Italy shortly after graduation while stationed in Germany.”

Armstrong gives back because he wants to use his position to support the place that means so much to him.“You never know how your actions may affect others, but they do in good and bad ways. We hope and pray our actions always provide positive outcomes. I like to think contributing is a good thing and I am glad to be in a position to do it (much better than when attending and hardly being able to buy a beer at the corner room)!”

“No donations means the total decline and disappearance of KS forever – that does not seem like a good option!”

Without Kappa Sigma, I wouldn’t know the people I know, have the memories I have, touched who I touched, or impacted someone else.